The plaintiffs lacked “due diligence” in a claim that could have disenfranchised millions of voters, the state Supreme Court said. 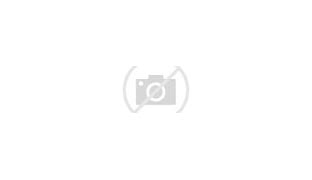 Kelly, along with several other Pennsylvania Republicans, sought to invalidate millions of mail-in votes, which could have ceded a key state won by President-Elect Joe Biden to President Donald Trump.

The ruling said, “Petitioners sought to invalidate the ballots of the millions of Pennsylvania voters who utilized the mail-in voting procedures. … Alternatively, Petitioners advocated the extraordinary proposition that the court disenfranchise all 6.9 million Pennsylvanians who voted in the General Election and instead ‘direct the General Assembly to choose Pennsylvania’s electors.'”

The high court ruled no on all counts and said, “All other outstanding motions are dismissed as moot.” It said the claim could have resulted in the “disenfranchisement” of millions of voters.

A spokesman for Kelly did not immediately respond to a request for comment.

The state Supreme Court unanimously wiped out a lower court order that had blocked state officials from doing anything further to carry out this week’s certification of the election results.

The court criticized plaintiffs for filing the suit more than a year after universal mail-in voting was established in the state and said they lacked “due diligence.”

The suit is one of more than 26 pro-Trump election challenges dismissed by courts in Pennsylvania, Michigan, Wisconsin, Arizona, Nevada, Georgia and elsewhere.

The president has claimed his loss is the result of widespread fraud but so far not a single court, including some headed by Trump appointees, have agreed.

Raila statement after the court of appeal throw BBI out

August 12, 2021August 12, 20212 min read
We use cookies on our website to give you the most relevant experience by remembering your preferences and repeat visits. By clicking “Accept”, you consent to the use of ALL the cookies.
Cookie settingsACCEPT
Manage consent

This website uses cookies to improve your experience while you navigate through the website. Out of these, the cookies that are categorized as necessary are stored on your browser as they are essential for the working of basic functionalities of the website. We also use third-party cookies that help us analyze and understand how you use this website. These cookies will be stored in your browser only with your consent. You also have the option to opt-out of these cookies. But opting out of some of these cookies may affect your browsing experience.
Necessary Always Enabled
Necessary cookies are absolutely essential for the website to function properly. These cookies ensure basic functionalities and security features of the website, anonymously.
Functional
Functional cookies help to perform certain functionalities like sharing the content of the website on social media platforms, collect feedbacks, and other third-party features.
Performance
Performance cookies are used to understand and analyze the key performance indexes of the website which helps in delivering a better user experience for the visitors.
Analytics
Analytical cookies are used to understand how visitors interact with the website. These cookies help provide information on metrics the number of visitors, bounce rate, traffic source, etc.
Advertisement
Advertisement cookies are used to provide visitors with relevant ads and marketing campaigns. These cookies track visitors across websites and collect information to provide customized ads.
Others
Other uncategorized cookies are those that are being analyzed and have not been classified into a category as yet.
SAVE & ACCEPT
%d bloggers like this: